When Bonnie takes the toys on her family’s road trip, Woody ends up on an unexpected detour that includes a reunion with his long-lost friend Bo Peep, whose adventurous spirit and life on the road belie her delicate porcelain exterior. Woody and Bo are worlds apart when it comes to life as a toy, and they soon realize that’s the least of their worries.

This announcement is a reminder for ASIFA members who already have a reservation. This event is SOLD OUT and no additional RSVPs can be taken.

If you have a reservation and will not be able to attend, please return to the RSVP site here and cancel your reservation so that we can make room for other members to attend.

Free parking will be available in the structure adjacent to the WGA theater north of the building and south of Wilshire Boulevard, on the west side of Doheny Drive.

ASIFA Members will be asked to present ASIFA-Hollywood membership cards at the door. We advise you to arrive early as seating is limited and available on a first-come, first-served basis. An RSVP does not guarantee seating.

A few weeks ago, we had a special release weekend screening of a new feature film “Penguin Highway.” The film’s director Hiroyasu Ishida could not be there for a Q&A, so he sent a welcoming video for you, our members.

Hiroyasu Ishida’s message is in Japanese, but the video includes English subtitles

The Q&A Panel will focus on their diverse background and journey breaking into the animation industry, as well as the lessons they have learned working in animation production.

For more information on this panel and how to attend, visit www.gzaexpo.com

Dawn Adepoju
Dawn Adepoju is a Post-Production Coordinator at DreamWorks Animation Television. She has worked on a variety of Netflix hits including Boss Baby: Back in Business (2018), She-Ra and the Princesses of Power (2018), and most recently, an upcoming Fast and Furious animated series. Dawn originates from Chicago, IL, which is home to her love for all things film and animation. In 2016, she graduated from DePaul University with a bachelor’s degree in animation and a minor in creative writing. In the fall of the same year, she joined Nickelodeon Animation Studio as a production intern for SpongeBob SquarePants. In 2017, she made her permanent residence in Los Angeles, where she has since been a part of the DreamWorks family.

Stephanie Chacón
Stephanie Chacón is currently production manager on Nickelodeon’s Emmy Nominated series “Rise of the Teenage Mutant Ninja Turtles.” She began her career in animation as a Fall 2012 Nickelodeon intern and has grown within the company starting as production assistant on Butch Hartman’s “Tuff Puppy” and “Fairly OddParents” and then as production coordinator on Dave Cooper’s “Pig Goat Banana Cricket.” Her love for animation began at a very young age and credits shows like Rugrats, Hey Arnold!, Doug- basically every 90’s cartoon kids grew up with- in fueling her love for the medium. She is passionate about helping to bring a creator’s vision to life and loves the role she plays in building/nurturing the team tasked to do it.

Chacón is first-generation born and raised in Southern California in the primarily hispanic city of El Monte. Her family immigrated from Guatemala in the early 80’s and she attributes her strong work ethnic to witnessing the struggles her family faced in order to build a better life in the United States. She strongly believes that it doesn’t matter where you come from but how hard you are willing to push yourself, how hard you are willing to work, and how bad you really want it.

Chacón graduated with a B.F.A in illustration from California State University- Fullerton.

Trisha Vo
Trisha Vo is a production supervisor who specializes in story & editorial for animated features and television production. She has worked in various capacities for DreamWorks Animation on projects including Guillermo del Toro’s TV series “3Below” as well as his Emmy-nominated series “Trollhunters.” Additionally, she helped develop and coordinate Croods, Turbo, and Home for DreamWorks Animation. She is currently supervising on Glen Keane’s Over the Moon for Netflix and Pearl Studio.

The Animation Educators Forum Scholarship Program is an international opportunity designed to assist students in completing their education in accredited college-level animation programs.

Applications are accepted from students entering the sophomore year or above and from graduate students. The awards range from $2,500 to $5,000 US and may be applied to tuition, books and supplies, animation equipment (including computer hardware or software), formal academic research and senior or graduate thesis production.

To apply for the Scholarship, go to the Animation Educators Forum website.
For more details about application requirements, please visit the Scholarships page.
For specific questions, please contact us through email to scholarships@animationeducatorsforum.org.

All new ASIFA-Hollywood members in good standing by May 1 will be receiving a brand new membership card in June. Also, those long established members who registered to replace a lost or missing card will be getting a new card as well.

Old cards will still work too, and members will still be able to get a digital, printable card on line that can also be transferred to your mobile phone. Here are instructions on how to access a digital ASIFA card right now:

Now you can access your digital card on your phone, or you could follow similar steps on your computer and print out your card. If you have any questions or need assistance please feel free to contact us at info@asifa-hollywood.org.

Be on the lookout for the special mailing of your new ASIFA card next month.

llumination & Universal Pictures invites members of ASIFA-Hollywood and their family members to a special pre-release screening of  Secret Life of Pets 2.

The highly-anticipated sequel to the 2016 animated blockbuster continues the story of Max and his pet friends, following their secret lives after their owners leave them for work or school each day. THE SECRET LIFE OF PETS 2 explores the emotional lives of our pets, the deep bond between them and the families that love them, and answers the question that has long intrigued every pet owner: What are your pets really doing when you’re not at home?

Information on how to RSVP will be sent to members of ASIFA-Hollywood via email.

Members will be asked to present ASIFA-Hollywood membership cards at the door. We advise you to arrive early as seating is limited and available on a first-come, first-served basis. An RSVP does not guarantee seating.

A New Frog-Out-Of-Water Animated Series Screening Disney Amphibia For May 29, 2019 Is Sold Out

Join Creator/Executive Producer Matt Braly along with series crew members as they discuss how their own heritage and experiences helped inform and shape Amphibia . The series chronicles the adventures of 13-year-old Thai-American girl, Anne Boomchuy, who is magically transported to the fantastic world of Amphibia, a rural marshland full of frog-people.

Additional reservations cannot be taken at this time.

If You have a reservation and will not be able to attend, please return to the RSVP site in ASIFA-Hollywood’s recent email and cancel your reservation so that we can make room for another member/guest to attend.

Enter the Gate at 2300 W Alameda Ave. and security guards will direct you to the parking structure. Members will be asked to present ASIFA-Hollywood membership cards at the door. We advise you to arrive early as seating is limited and available on a first-come, first-served basis. An RSVP does not guarantee seating.

ACE detective Harry Goodman goes missing, so his son, Tim, and Harry’s former Pokémon partner, Detective Pikachu join forces on a thrilling adventure to unravel the tangled mystery. Chasing clues together through the neon-lit streets of Ryme City, they encounter a diverse cast of Pokémon characters and uncover a plot that could threaten the whole Pokémon universe!

Information on how to RSVP will be sent to members of ASIFA via email.

Members will be asked to present ASIFA-Hollywood membership cards at the door. We advise you to arrive early as seating is limited and available on a first-come, first-served basis. An RSVP does not guarantee seating. 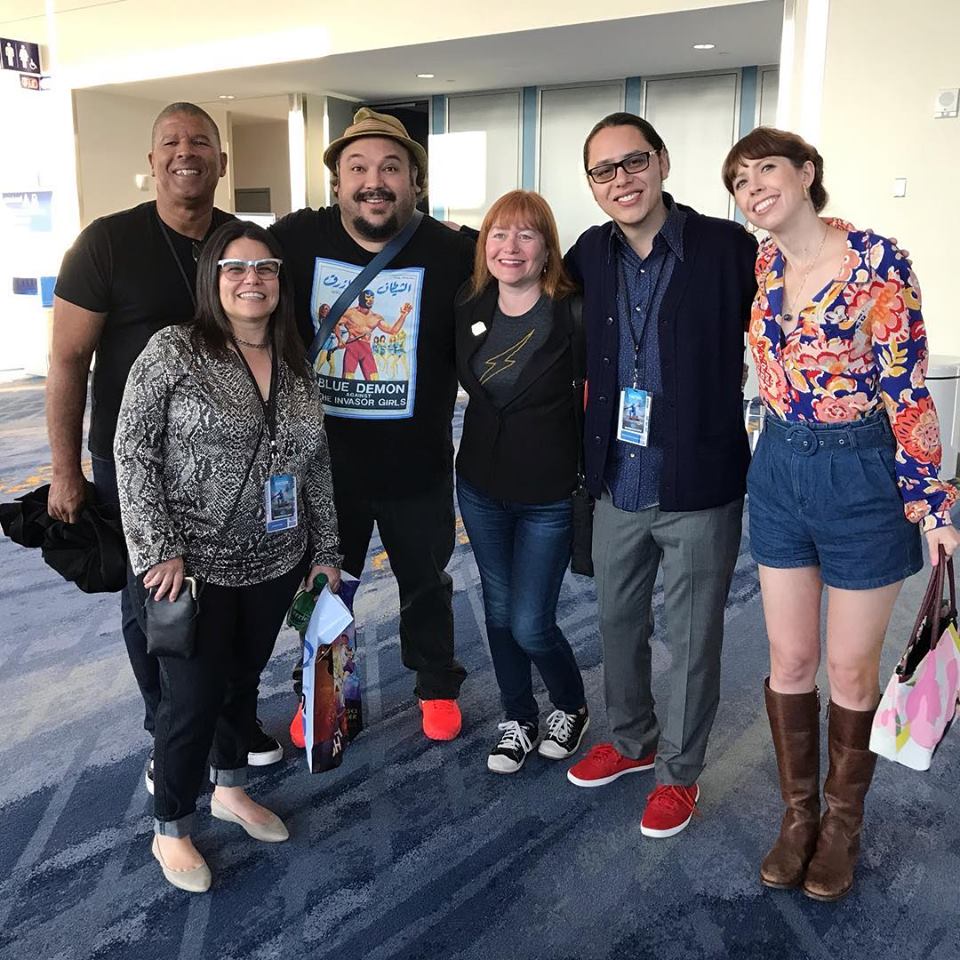 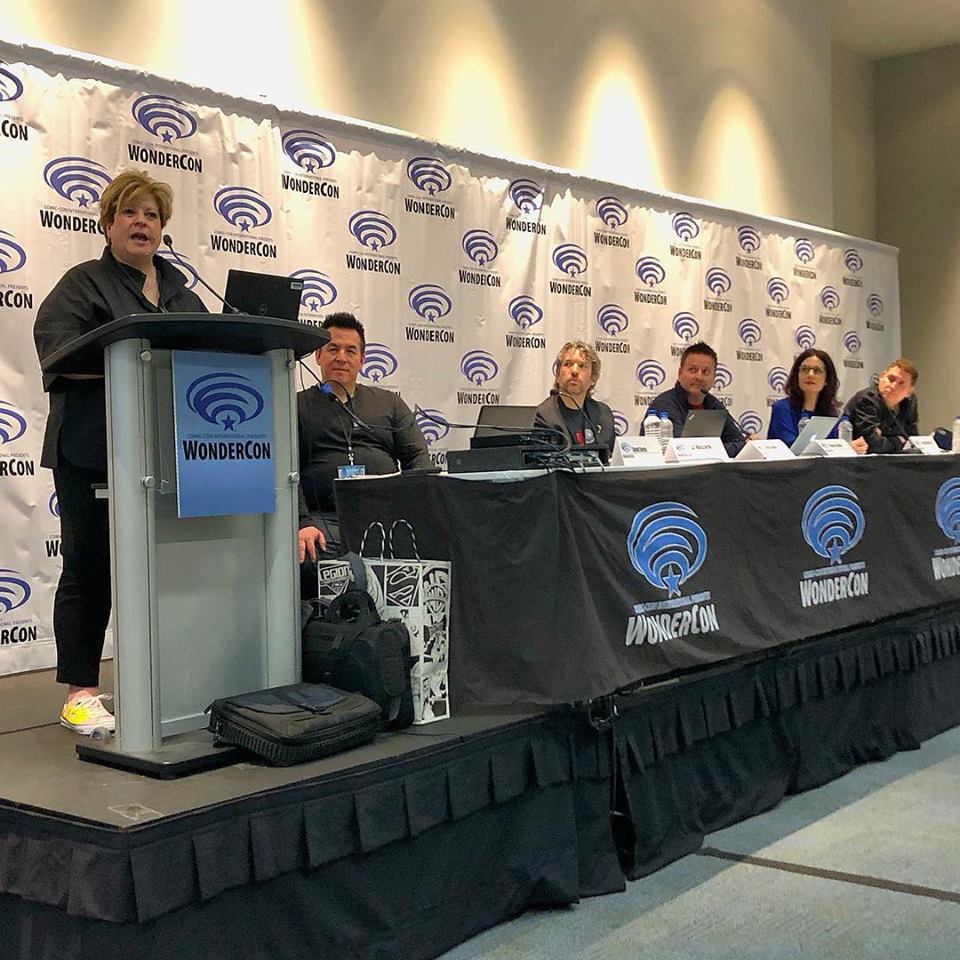 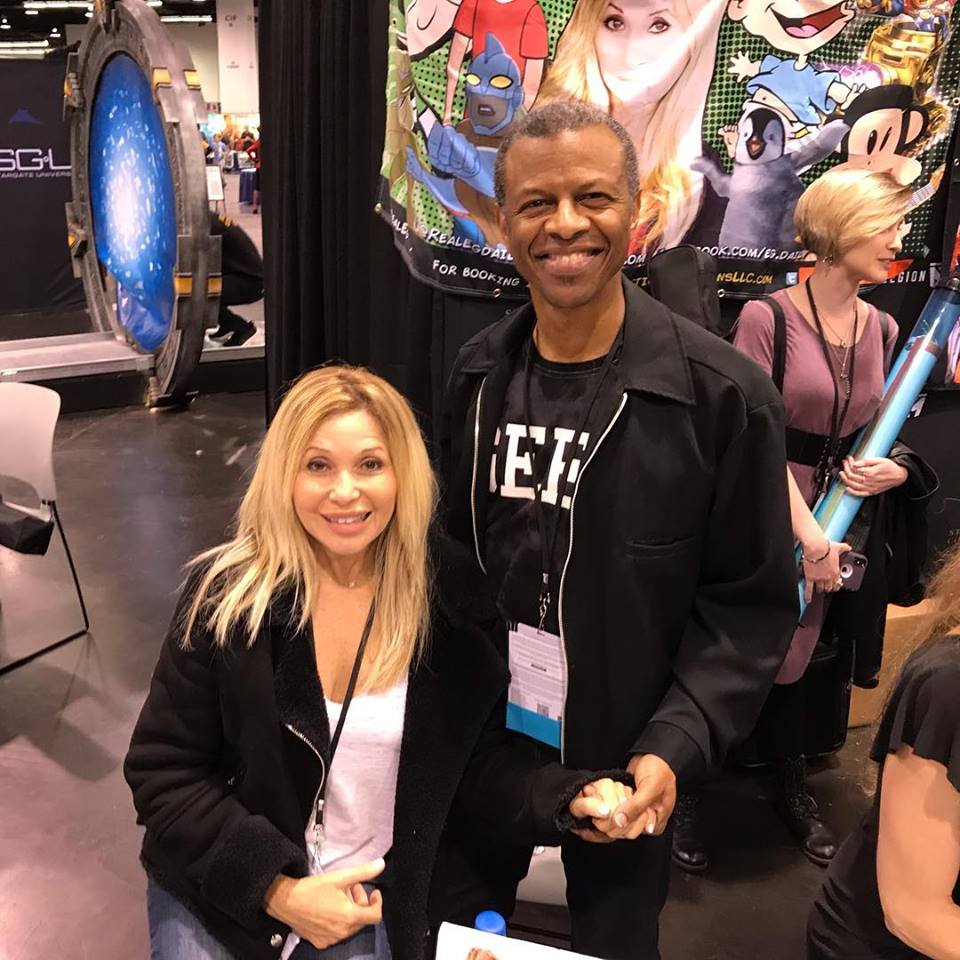 ASIFA-Hollywood is going to be at WonderCon this March and we want to see you there!

We’ve got exciting panels that we’ll be presenting and we want you to be there! 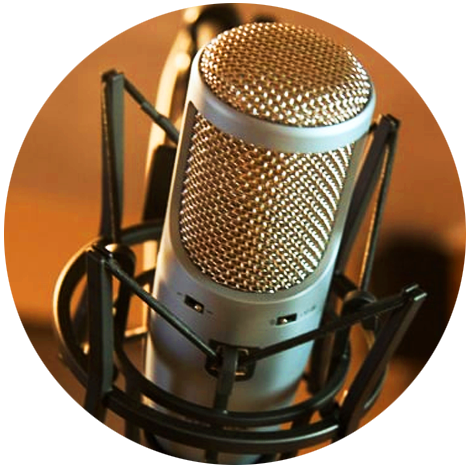 The Greatest Voices in Animation and Games

Join ASIFA-Hollywood for a lively discussion with some of the best voice actors in the animation and gaming industries! The panel will include anecdotes of breaking into the business, how they keep working through the changing landscape of entertainment and a few surprises! Scheduled guests will include Daniel Ross (Starscream, Donald Duck), Bill Farmer (Goofy, Pluto), David Sobolov (Drax the Destroyer, Blitzwing), Debi Derryberry (Jimmy Neutron, Draculaura), Julie Nathanson (Samantha Maxis, Scarlett Turner), and E.G. Daily (Buttercup, Spider-Woman (Jessica Drew). The panel will be moderated by Stephen Kramer Glickman (Big Time Rush). Guests subject to availability. 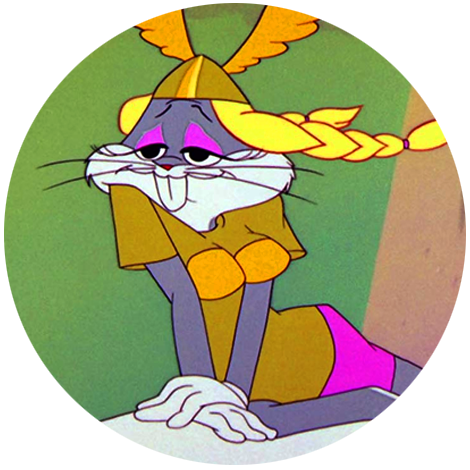 The Greatest Cartoons Ever! 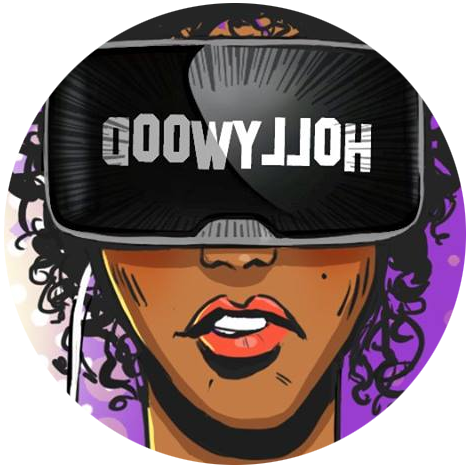 The Changing Landscape of Entertainment 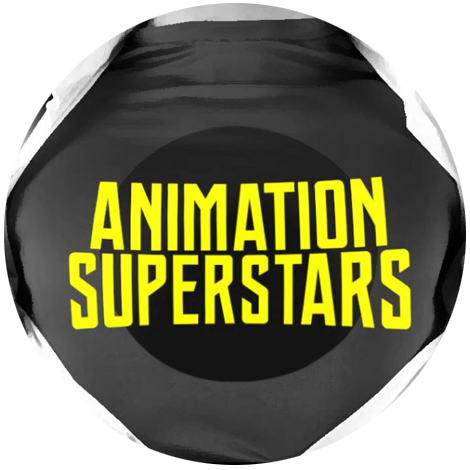 ASIFA-Hollywood is bringing together some of the brightest talents in animation to discuss the animation industry, tips on how to break into the industry and challenges and triumphs along the way. Guests will include Peter Ramsey (Spider-Man: Into the Spider-Verse, Rise of the Guardians), Jorge Gutiérrez (Book of Life, Son of Jaguar, El Tigre, upcoming Maya and the Three), Daron Nefcy (Star vs. the Forces of Evil), Jeanette Moreno King (Alien News Desk, Enchantment, Futurama), and Alonso Ramirez Ramos (Disney’s Mickey Mouse Shorts, Steven Universe Movie). The panel will be moderated by ASIFA-Hollywood vice-president Brooke Keesling. 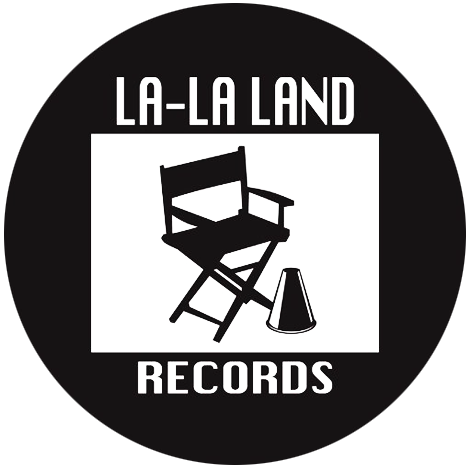 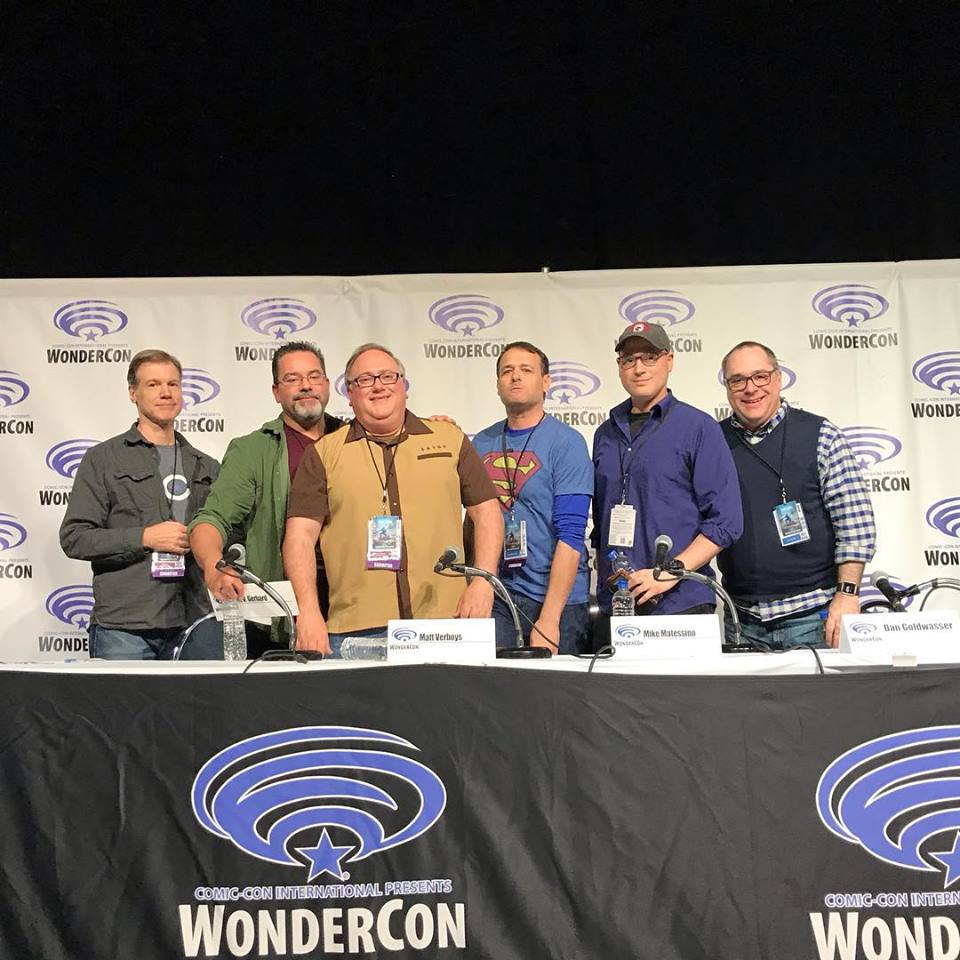 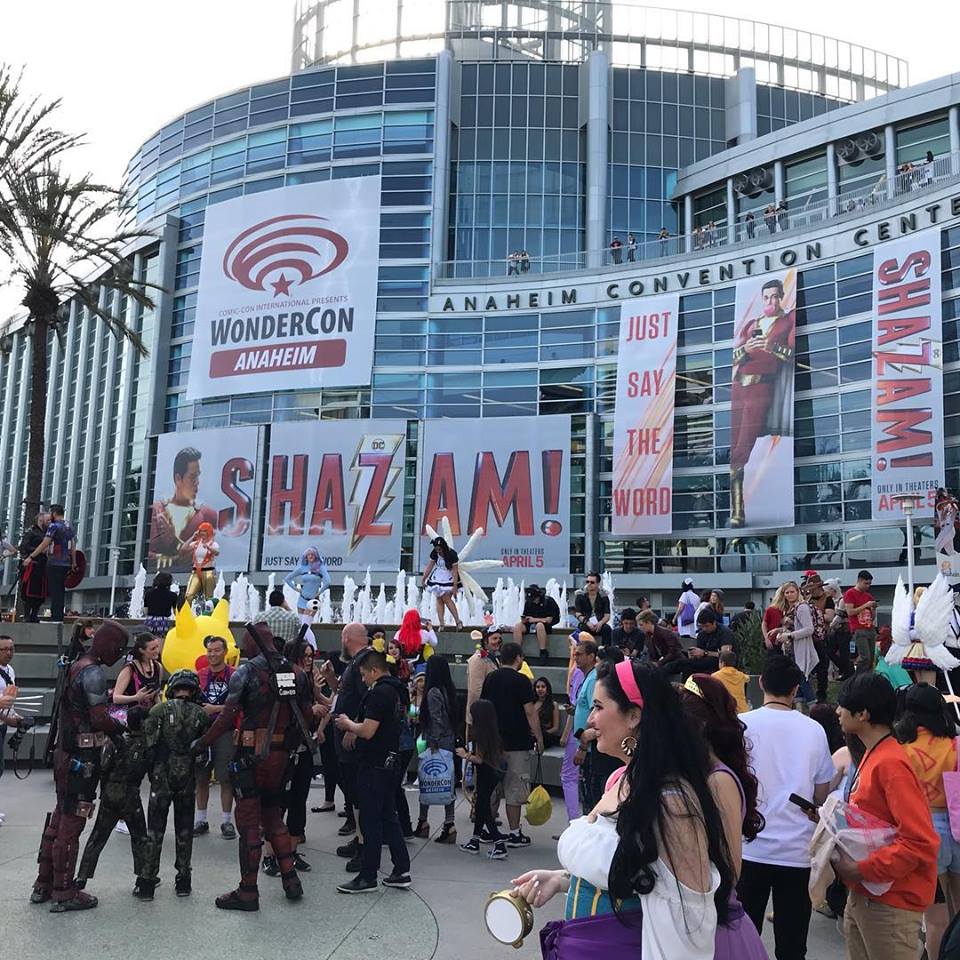 We are pleased to announce that the ASIFA-Hollywood’s Animation Educators Forum Student Scholarship opens for submissions on February 15, 2019.

This is an international opportunity designed to assist students in completing their education in accredited college-level animation programs. Applications are accepted from undergraduate students entering the sophomore year or above and from graduate students working toward the completion of a thesis.

The awards range from $2,500 to $5,000 US and may be applied to tuition, books and supplies, animation equipment (including computer hardware or software), formal academic research and senior or graduate thesis production.

Online submission for 2019 begins on February 15 and ends at 11:59 PM PST on May 1. To apply for the Scholarship, go to http://scholarships.animationeducatorsforum.org/.

For specific questions, please contact us though email to scholarships@animationeducatorsforum.org.