In celebration of Sony Picture Animation’s 10th anniversary, you and one guest are invited to a screening of Surf’s Up.

Please RSVP for you and one guest to RSVP@spanimation.com by Wednesday, September 12.

There is limited seating. A confirmation of your seat(s) will be emailed to you.

In celebration of Sony Picture Animation’s 10th anniversary, you and one guest are invited to a screening of Open Season.

Open Season was the first film in the studios’ decade-long history. Amongst the rarities of the evening will be a presentation of the Oscar®-winning short, The Chubbchubbs, along with a panel discussion amongst Michelle Murdocca (producer), Steve Moore (executive producer) and William Haller (character animator).

Please RSVP for you and one guest to RSVP@spanimation.com by Tuesday, September 4.

There is limited seating. A confirmation of your seat(s) will be emailed to you.

In partnership with ASIFA-Hollywood and Animation Magazine, Sony Puts a Spotlight on Its First Decade of Productions; Screenings include Filmmaker Reunions, Rare Footage and Giveaways

The 10th anniversary celebration of Sony Pictures Animation (SPA) will be a five-week series of special screenings featuring SPA’s collection of animated and hybrid films. Each screening will feature filmmakers participating in Q & A sessions, rare materials from the SPA Archives and giveaways. The series will finish in grand style with an exclusive screening of the highly-anticipated Hotel Transylvania,

The series’ initial four screenings will be hosted in Sony Pictures Animation’s revered Ray Harryhausen Theater, and will feature exhibitions of SPA production artwork in and around its facilities.

Times and RSVP information will be forthcoming, so be sure to look for our emails, Facebook and Twitter pages for event details!

The San Diego Comic Con is just around the corner and ASIFA-Hollywood will be there! If you’re planning on attending the event, be sure to visit our booth on the convention floor at space number 1534.

Panels
We’ll be hosting two panels on Friday you won’t want to miss:

The first 400 beers are FREE! Meet, connect, hang out, and enjoy the worldwide animation community that will come together for this fantastic event. There’s no need to RSVP for this event. Just show up! 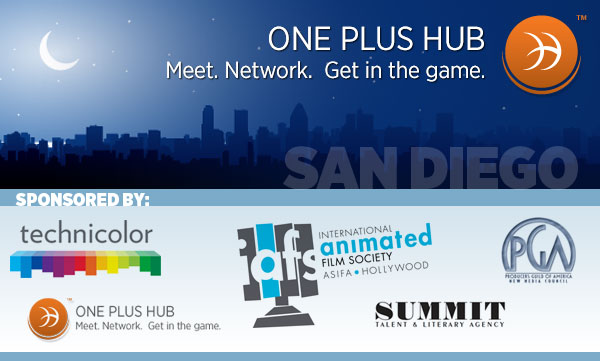 The Annecy International Animation Film Festival (Festival International du Film d’Animation d’Annecy) was created in 1960 and takes place at the beginning of June in the town of Annecy, France. Initially occurring every two years, the festival became annual in 1998. It is one of the four international animated film festivals sponsored by ASIFA International. The festival is scheduled for June 4th through 9th, 2012.

At the festival, be sure to check out the latest animated gems, get more information on current and future trends, meet your favorite film directors and up-and-coming talents, and track down new associates and partners in the fun and friendly atmosphere.

The festival is a competition between cartoon films of various techniques (animated drawings, cut out papers, modelling clay, etc) classified in various categories:

The piece in the video below was created by Diego Akel to encourage filmmakers to submit to the MUMIA Underground World Animation Festival. The festival, which is celebrating its 10th year this fall, screens in various Brazilian cities including Belo Horizonte, Betim and Nova Lima. If you’re interested in showing your film at MUMIA, go here for submission details. Entries need to be postmarked by May 31.

MUMIA aims to broaden the spaces of imagination and possibilities of anew speech on art, of a new way of sensing the world and also a new way of expression, amid giving support to the brazilian cinematography culture bycreating room to the emerging of new audiences, producers and directors.

Films and vídeos produced without any kind of support, no money at all or even those which caused loss to its producers and other ones made with very low budgets are very well accepted too.

The purpose of MUMIA is to promote the cultural production of animation films and videos, contributing to its development as an artistic language, specific format and production method. The Festival also aims to offer the local audience the access to the national and international animation production beyond what is currently available through commercial outlets, traditional production houses or film institutions.

You can view their blog at mumiainternational.blogspot.com

ASIFA-East handed out prizes for its 43rd annual Animation Festival. The Rauch Brothers took home the Best in Show for their 9/11-themed short John and Joe. Leonardo De Luzio’s Apt. 5A won for best student film, Karen Aqua’s Taxonomy won for best experimental film, and David B. Levy’s Turning A Corner won for best independent film. The event was held last Sunday, April 29 at the Tishman Auditorium in New York.

The NW Animation Festival is now accepting entries. Showcasing the breadth of the animation world, all methods will be represented: hand-drawn, computer-generated, stop-motion, pixilation, and experimental hybrids. All styles are welcome: hilarious, heart-warming, dark, cerebral, or abstract.

This is a festival created by animators, for animators, and all lovers of animation. The festival will bring together and inspire a community of artists, and expand audiences’ understanding of what can be done with the art form.

The event will be held on May 18-19 at the historic Hollywood Theatre in Portland, Oregon. The final deadline for submissions is April 1.

For more information visit them at their website at www.nwanimationfest.com