Annie Awards “42” to Celebrate the Best in Animation

Saturday, January 31 marks the 42nd Annual Annie Awards™ recognizing the year’s best in animation. The black tie event will kick-off at 5 p.m. with Red Carpet arrivals and a VIP champagne reception, followed by the awards ceremony at 7 p.m. and after-party immediately following the show. All events will be held at UCLA’s Royce Hall. 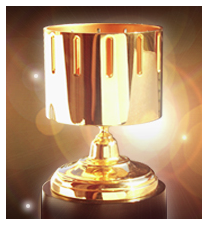 General Admission tickets for the ceremony-only can be purchased through the UCLA Box Office, 310.825.2101 or Ticketsmaster.com. VIP tickets are currently sold out.