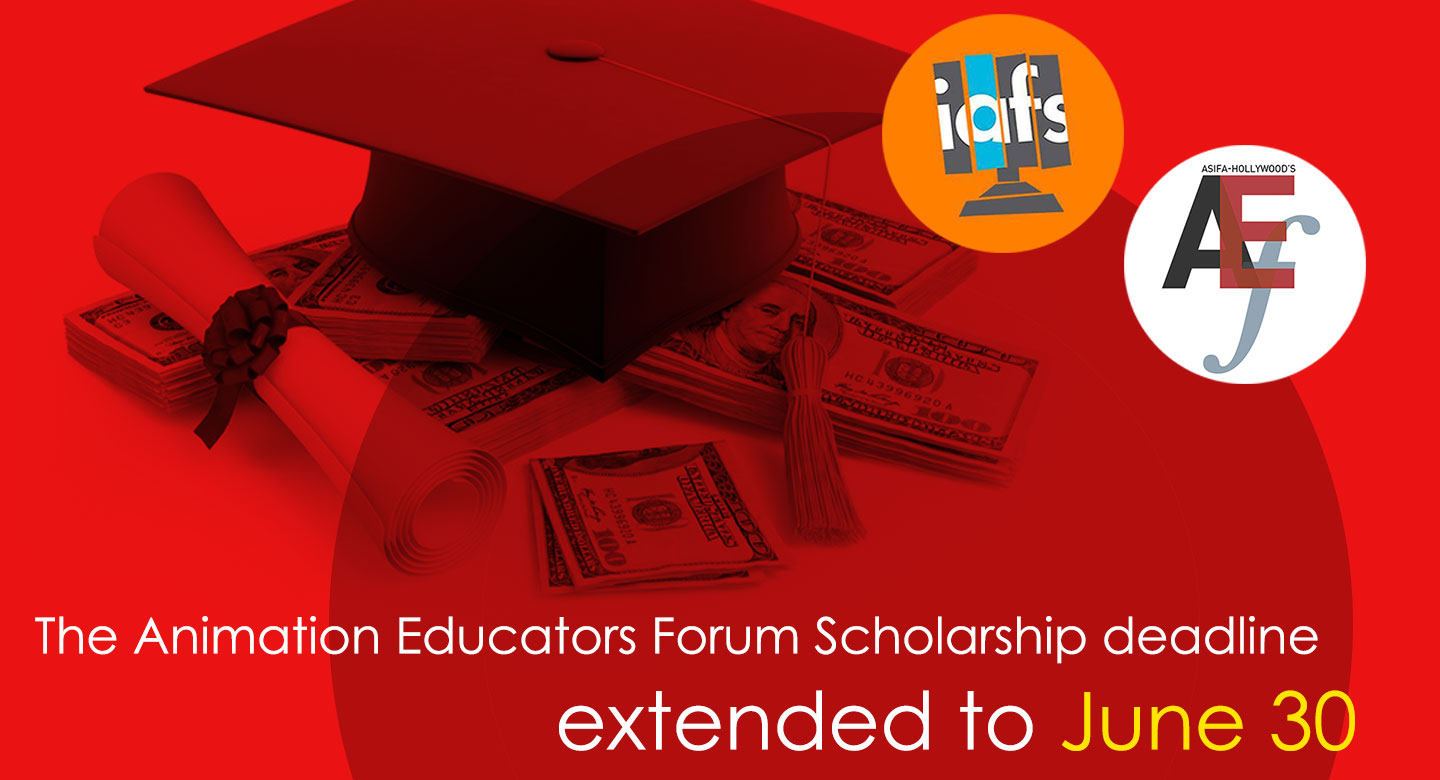 The application deadline for this year’s ASIFA-Hollywood’s Animation Educators Forum scholarships has been extended to June 30, 2016.

$35,000 has been earmarked for these merit based awards, designed to support college students continuing their animation education. Available to undergraduate students entering the sophomore year and above and for graduate students working toward the completion of a project, individual scholarships range from $2500 to $5000. Scholarship awardees will also receive a 1-year ASIFA-Hollywood associate membership. Applications from local, national and international students are most welcome.

BURBANK, Calif., – ASIFA-Hollywood, the nonprofit professional organization dedicated to promoting the art of animation, recently announced plans to provide more scholarships to animation students and to allocate more funds for artists and film preservation. “While you may know ASIFA-Hollywood for its annual Annie Award ceremony, honoring the best in the animation industry, we want to spread the word about the other areas of our industry that we support,” says ASIFA-Hollywood Executive Director, Frank Gladstone. “In the coming year, we plan to allocate considerably more funds to our Animation Aid Foundation, supporting artists who have fallen on hard times, and we will also be increasing funds for ongoing film preservation. Additionally, the chapter plans to assist ASIFA International, our umbrella organization, in creating a new web presence.”

ASIFA-Hollywood’s Animation Educators Forum (AEF) will select and distribute five sizeable animation scholarships. According to AEF steering committee chair/member, Aubry Mintz, “AEF provides an important link between the animation industry and students, and will provide well-deserved scholarships to students across the United States.”

ASIFA-Hollywood is the world’s first and foremost professional organization dedicated to promoting the Art of Animation and celebrating the people who create it. Today, ASIFA-Hollywood, the largest chapter of the international organization ASIFA, supports a wide range of animation activities and preservation efforts through its membership. Current initiatives include the ASIFA-Hollywood Animation Archive and the Motion Picture Academy, animation film preservation, special events, classes and screenings.