Looking for something GREAT to do on Christmas weekend? Get in touch with your own animation roots or just have fun introducing your family to some of the “Greatest Cartoons Ever!” Jerry Beck and Frank Gladstone have programmed a wonderful line up of cartoons from Hollywood’s Golden Age, when every feature film was preceded by an animated short subject.

Watching these cartoons as they were meant to be seen: on the BIG screen in the beautifully restored Alex Theatre! You’ll see some of your favorites from Disney, Warner Bros. and Paramount, as well as a few rarely seen gems from influential animation directors like George Pal and Tex Avery.

The “Greatest Cartoons Ever!” is fast becoming a holiday tradition, and no wonder! The program features some of the very best and most creative films made during Hollywood’s heyday.

For more event information, be sure to visit The Alex Theatre on the Web

Present your ASIFA membership card at the box office and enjoy the $11.00 group discount. 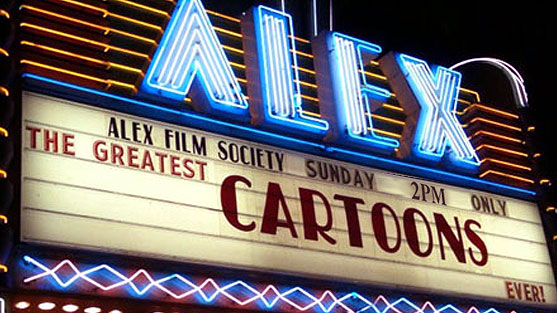