ASIFA-Hollywood will be at Anime Expo! If you’re at the event, be sure to join us on Saturday, July 6, for our panel An Intimate Conversation with Film Producer Yûichirô Saitô. Moderator Charles Solomon will join Yûichirô Saitô on stage.

Join famed animation historian Charles Solomon for a in-depth conversation with legendary Anime film producer Yûichirô Saitô. From last year’s Oscar nominated “Mirai” to 2015’s Annie Award nominated “The Boy and the Beast,” the discussion will explore Saitô’s career and his perspective on bringing anime to life in film, what a producer does in Japanese animation, working with icons in the industry, and being one of the founders of “Studio Chizu.” 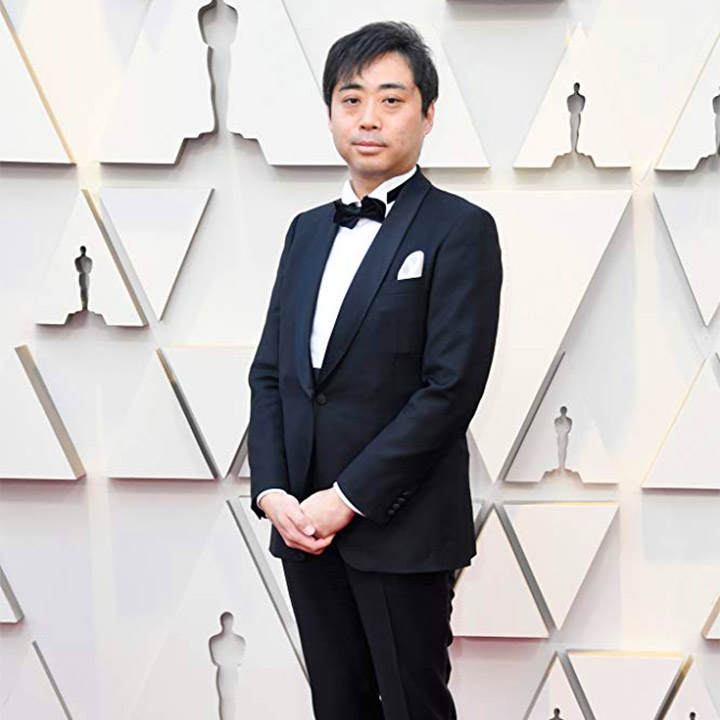 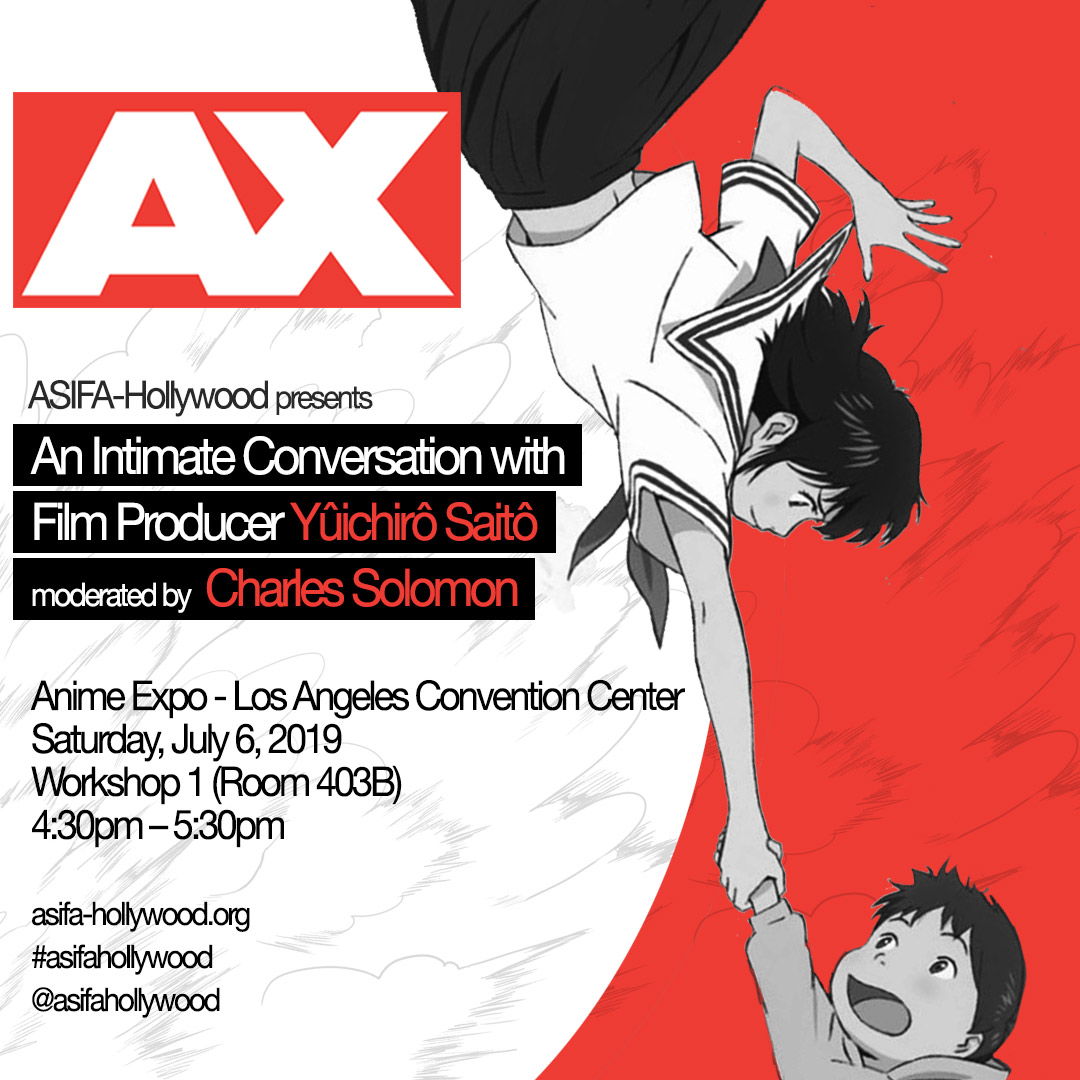 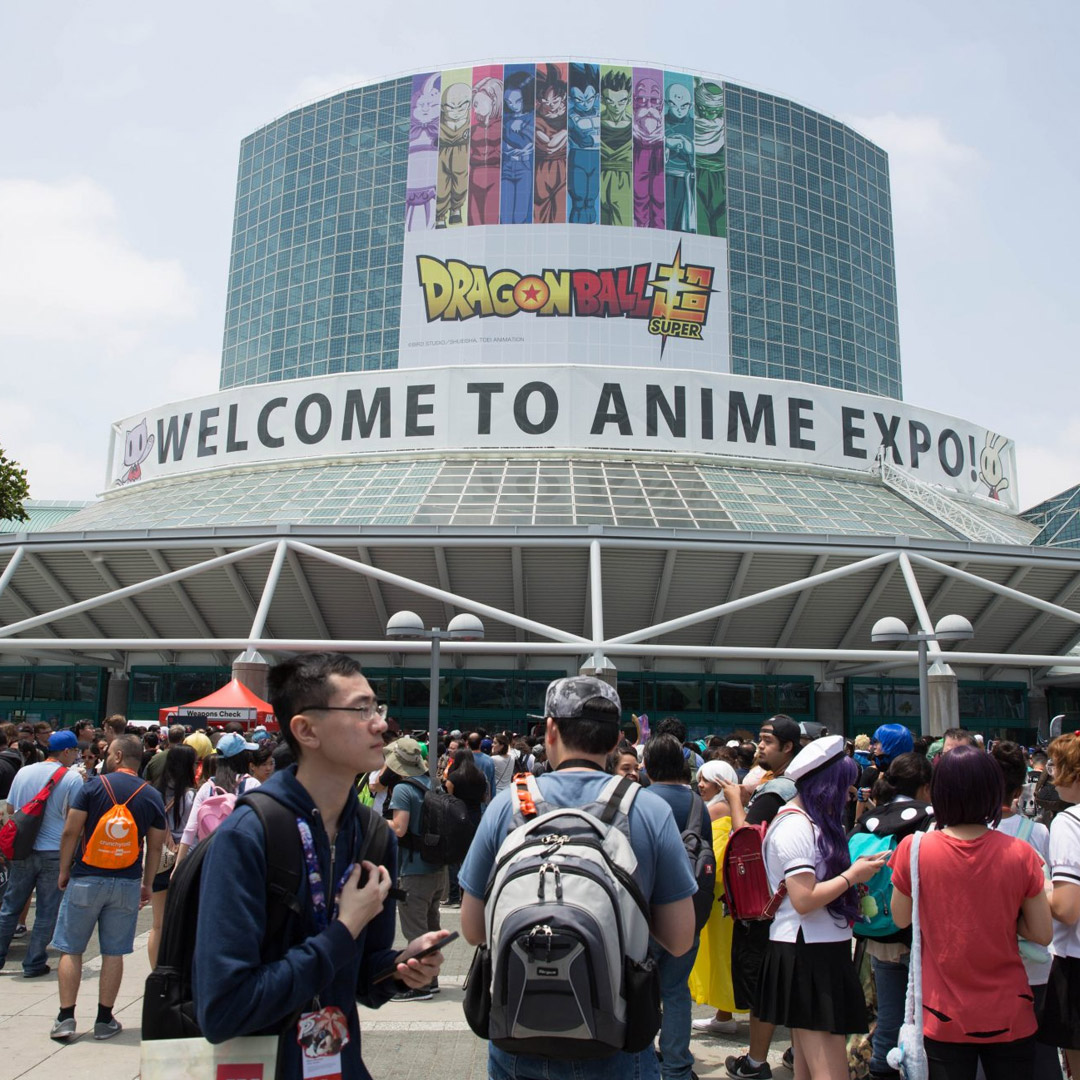 Going to the Anime Expo? We’ll See You There!

This will be ASIFA-Hollywood’s first year at the Anime Expo. Visit with us in the Annex section, booth 12. We’ll also be sponsoring two panels. The State of the Industry: A Retrospective on Isao Takahata. Moderated by Charles Solomon with special guests discussing the life and legacy of the famed Japanese film director, screenwriter, producer and co-founder of Studio Ghibli. Also East Meets West: The Influence of Anime on American Animation, with Eric Calderon and a panel of animation luminaries.

Be sure to visit us and say “hello” in the Annex section of the hall. Our booth will be located in Kentia Hall, ANX 12.

The State of the Industry: A Retrospective on Isao Takahata
Join us as we discuss the life and legacy of famed Japanese film director, screenwriter and producer Isao Takahata. Takahata co-founded Studio Ghibli with Hayao Miyazaki and Miyazaki’s collaborators Toshio Suzuki and Yasuyoshi Tokuma. His work as a director includes Grave of the Fireflies (1988), Pom Poko (1994), and My Neighbors the Yamadas (1999). His last film was The Tale of the Princess Kaguya (2013), was nominated for an Academy Award.
Day 2 – Friday, July 6
6:00 – 7:00pm
LP4/411