Back in October of 2012, ASIFA-Hollywood presented an evening with the National Film Board of Canada (NAB) at Woodbury University.

World-renowned illustrator MICHÈLE LEMIEUX presented Here and the Great Elsewhere, made in the pinscreen technique, first invented by Alexandre Alexeieff in the 1930s. Lemieux also demonstrated the intriguing and mysterious pinscreen.

Also at the event, winner of the Annecy Cristal for Tragic Story with Happy Ending (2006) and the Hiroshima Prize at the Hiroshima Festival for Kali the Little Vampire (2012), Portuguese filmmaker REGINA PESSOA developed a singular style using animated engravings. This internationally known artist presented her films and talked about her creative process. 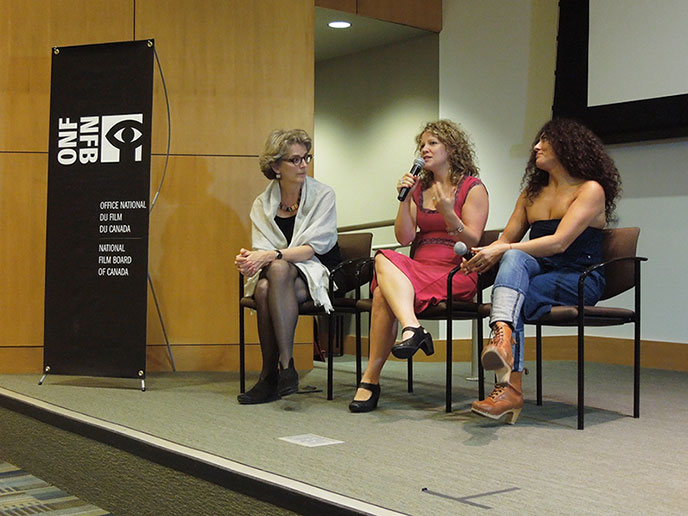